You can still see Berenice’s Hair in the spring sky. It’s a constellation of the northern sky.

Conon of Samos who was an astronomer and a mathematician named the constellation after an intriguing scandal. Conon lived in III century B.C. in Alexandria a flourishing city with the famous Library of Alexandria. City open to science, philosophy and literature.

The king of Alexandria was Ptolemy III. He had a young wife Berenice. When Ptolemy III went to war against the Assyrians, queen Berenice made a promise. She would cut a lock of her hair and give it to goddess Aphrodite if her husband returned from war.

When Ptolemy came back victorious (and very much alive), Berenice kept her promise. She cut her hair and offered it to the goddess. However, during the celebrations the queen’s hair disappeared.

What happened? No one knew but the situation was difficult for the temple and the priests. The king was furious. The lost lock sparked off a crisis.

Conon the astronomer consulted his friend the great Hellenic poet and scholar Callimachus. As the story goes both of them decided to help the priests and the temple.

Together they found the lost hair shining in the sky. Conon told the king and the queen that her offer had been accepted by the gods and placed among stars between Virgo and Leo constellation. The lock, claimed the mathematician and the poet, had been carried by Zephyrus at the commend of Aphrodite who placed it among the stars.

The astronomer named the newly discovered constellation the Hair of Berenice – coma Berenice.

The poet Callimachus wrote a poem Berenice’s Lock to commemorate this event.

So Coma Berenice – Hair of Berenice, which is still shining in northern sky, is a story of science and poetry, of love and friendship all in one. 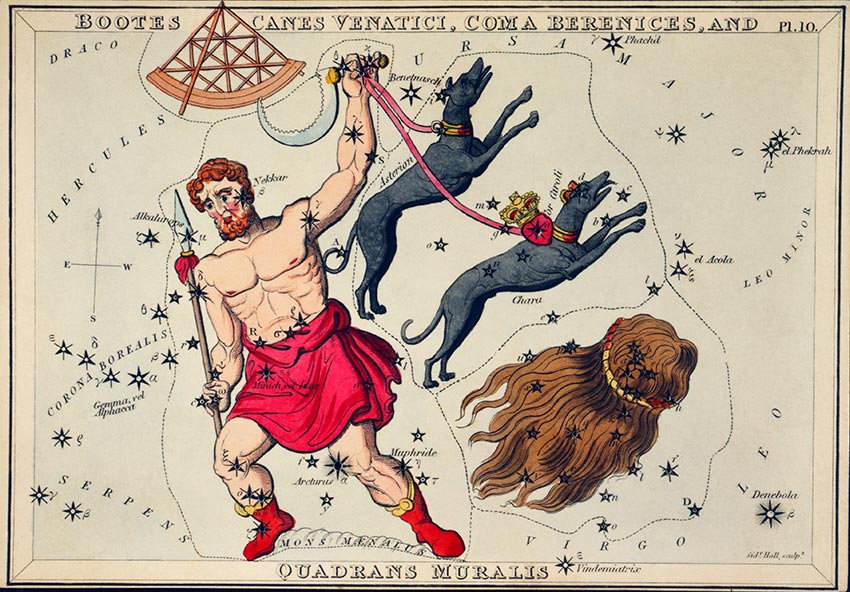